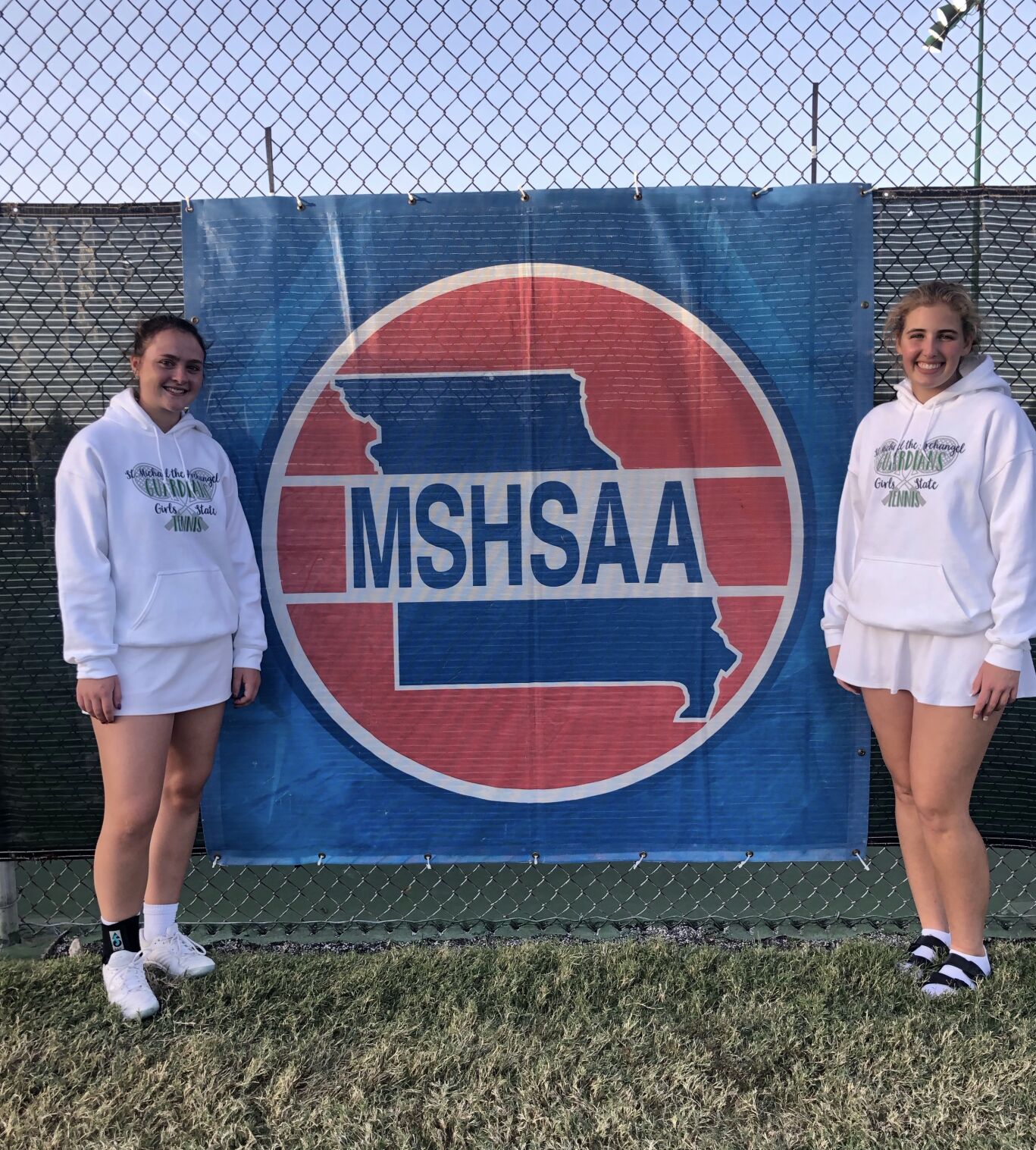 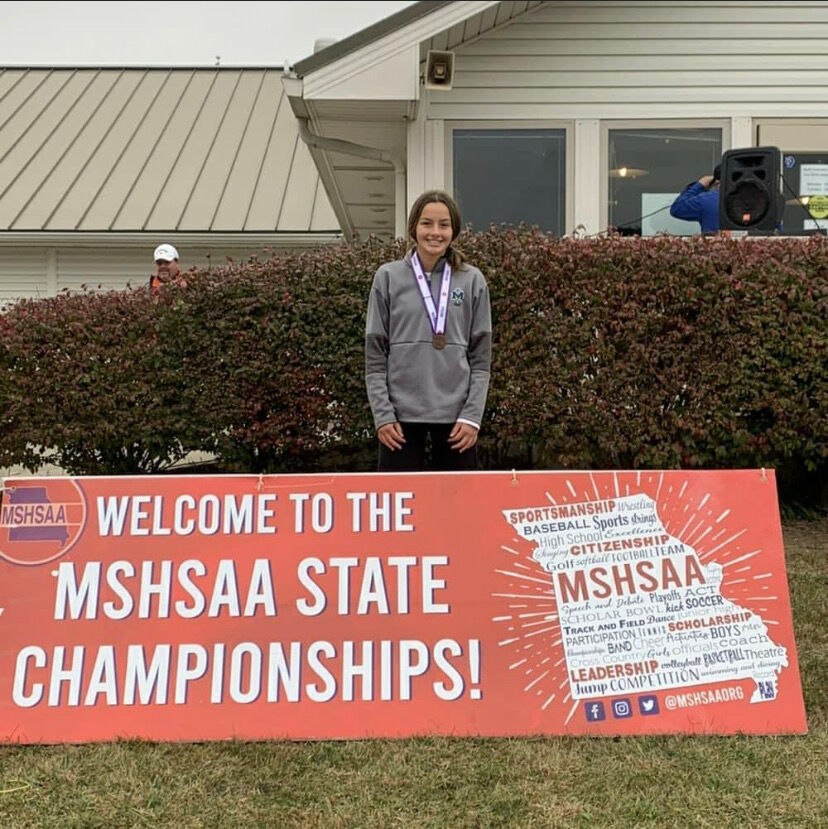 Every high school athlete sets their goals on State competition, and St. Michael the Archangel High School athletes are no exception with athletes from the tennis and golf teams competing last week in the Missouri State High School Activities Association State Tournament.

For the first time in school history, SMA sent doubles tennis partners Emily Rogge and Jenna Drake to the MSHSAA State Tournament. While both seniors have been on the Lady Guardians tennis team in past years, this was the first year they played as double partners under the direction of new head tennis Coach Steve Hirtzel. Although they did not medal at the state tournament held in Springfield, their experience has been inspiring to other SMA tennis players to continue the tradition in future years. In addition to being state qualifiers, the pair was also named HyVee Athletes of the Week by KSHB Channel 41 News.

The SMA Lady Guardians golf team also had two players qualify for the MSHSAA State Tournament. Freshmen golfers Avery Basler and Pearl Taylor both represented SMA at the Class 1 tournament held in Smithville last week. Competing in 40 degree weather, Avery Basler medaled in the two-day tournament coming in 12th place out of 76 golfers. The two freshmen are members of a young and talented Lady Guardians golf team that had no seniors, only one junior and two sophomores on the varsity team this past season. The Lady Guardians golf team has had an individual qualify for state three of the past four seasons since the school opened in 2017. Head Coach Kyle Sellnow, in his 4th season as both girls and boys golf coach, is pleased with this season’s performance and is optimistic for this team as a whole moving forward.